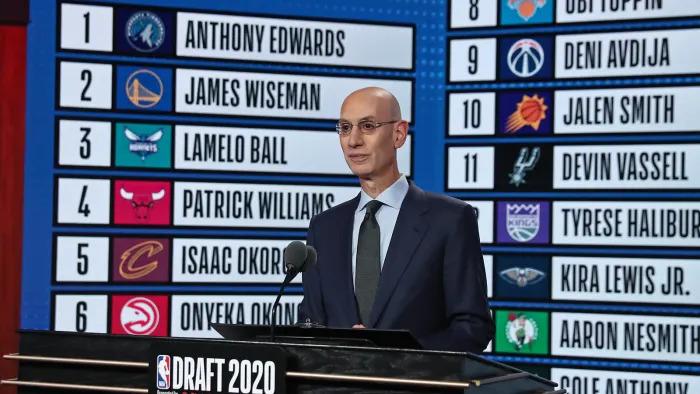 NBA Draft – What We Were Not Expecting

The 2020 NBA draft has been in the books for just over a month. Not every team made a pick in this year’s draft, and, as usual, not every team got what they wanted. Here are some of the biggest winners and losers with respect to draft day prospects, as well as what could be in store for the NBA draft in the coming year. 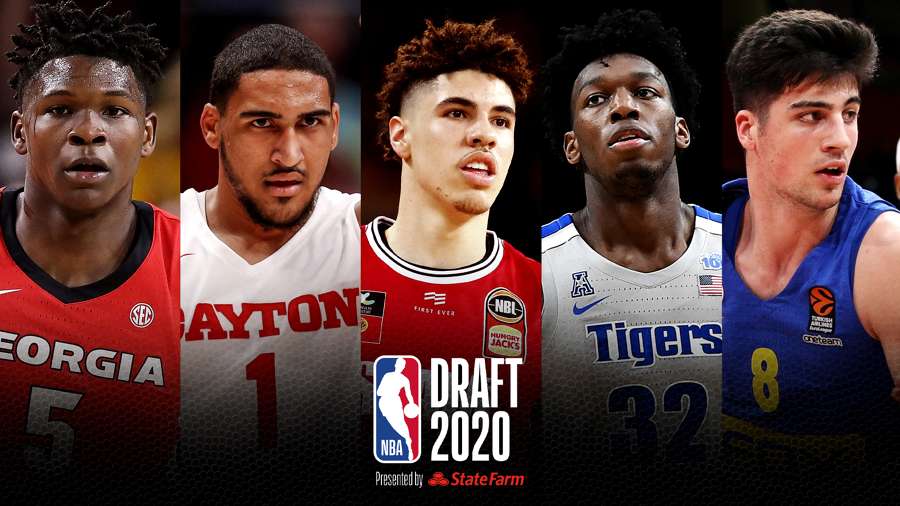 Every team gets an opportunity in the NBA draft. Here is what happened with some of the 2020 NBA draft day prospects as far as the top picks and biggest winners:

In the top pick, the Timberwolves grabbed Anthony Edwards out of Georgia. Edwards is a 19-year-old, 6’5”, 225 lb. guard that averages 19.1 points per game and 5.2 rebounds. He is a powerful driver, solid passer, and versatile defender. Others have compared his play to that of Dion Waiters.

The Golden State Warriors drafted James Wisemen out of Memphis in the second pick. Wiseman is 19 years old, 7’1”, and 237 lbs. He brings a combination of explosive speed, vertical ability, and excellent instincts to the game. He averages 19.7 points per game and 10.7 rebounds.

LaMelo Ball, a pro Australian player, was drafted by the Charlotte Hornets. He is 19 years old, 6’7”, and weighs 190 lbs. Ball is a guard that averages 17 points per game. He is known for seeing everything on the court, “passing like Globetrotter,” and creating opportunities that other players don’t see.

Patrick Williams is a big win that was picked up by the Chicago Bulls in the draft. A freshman playing for Florida State, Williams is 19 years old, 6’11”, and weighs 225 lbs. He is a talented playmaker that excels with the pick-and-roll and knows how to keep the ball moving with unselfish play.

The Cleveland Cavaliers drafted Isaac Okoro out of Auburn to round out the top five. Okoro is a 19-year-old wing that is 6’6” tall, 225 lbs. He is a fantastic defender that is able to draw fouls while disrupting the opponents’ game.

Several teams were interested in Oneyka Okongwu, but the Atlanta Hawks ended up with him. A 19-year-old, 6’9”, 245 lb. power forward, Okongwu is a rare versatile defender that is a tough competitor and is known for making big plays.

The Detroit Pistons drafted Killian Hayes, a French guard that is 19 years old, 6’8”, and weighs 215 lbs. He is a dynamic left-handed shot maker that is known as an accurate playmaker. He has the size to push around smaller guards and is expected to be a versatile defender.

Obi Toppin was a popular draft pick out of Dayton. The New York Nicks grabbed Toppin, who is a 22-year-old, 6’9”, 220-lb power forward. He makes explosive dunks while also having a soft touch around the rim with either hand and a talented 3-point shooter.

Deni Avdija was an NBA draft prospect picked up by the Washington Wizards. He played forward for the Maccabi Tel Aviv basketball club. Avdija is 19 years old, 6’9”, and weighs 215 lbs. He is a strong 3-point scorer with a 33.6% average and excels at pushing the ball head of the break.

Finishing the NBA draft’s top ten, the Phoenix Suns choose Jalen Smith, a sophomore out of Maryland. Smith is a 20-year-old, 6’10”, 225 power forward. He is a talented shooter whose position and size make him a solid threat. He has a good sense of timing and often beats defenses for layups and dunks.

Not every team walks away from the NBA draft as a winner. This annual process involves a combination of strategy and luck, and some take advantage of it better than others.

The Boston Celtics found themselves in excellent position two years in a row but still do not have any likely starters coming out of the draft. Last year, the team drafted Grant Williams and Romeo Lanford and traded down to come up with Carsen Edwards and a first-round pick this year. In 2020, they picked up Aaron Nesmith and Payton Pritchard. In the end, they have a part-time center, a bench gunner, and a development wing. Not a positive outcome.

The Houston Rockets seem to have a habit of pinching pennies over paying for talent. And, it has not served them well when it comes to the NBA draft. The team’s owner, Tilman Fertitta, traded Robert Covington for two first-round draft picks and then traded one of those picks to drop Ariza’s salary. This is after the team traded a first-round pick and Clint Capela for Covington earlier in 2020. Now, the Rockets have no 3-and-D wing and no starting center, but they have saved some cash.

Now that you know what happened with the NBA draft in 2020, it is never too late to look forward to the coming year. After all, we are already several games into the season and can get a read on what teams need a bit of help.

Unfortunately, some college teams and prospects have not been able to play at all due to COVID-19, but there is still a feel for some of the top NBA draft day prospects for 2021. Here are just a few:

Cade Cunningham is a 6’8”, 220 lb. point guard that plays for Oklahoma State. He is a fluid athlete with a 7-foot wingspan and can pass and handle the ball deftly with both hands. He has excellent intensity and is projected to be a big playmaker

Evan Mobley is a 7’, 216 lb. center currently playing for USC. For a player his size, he is quick on his feet and has outstanding coordination. He has a 7’4” wingspan, is an excellent passer, and is comfortable in midrange spots.

Jalen Green is a 6’5”, 172 lb. shooting guard that has yet to play for a college team but is on the NBA’s watchlist. He is an explosive player that can change speeds on the open court and has fantastic body control and tremendous scoring instincts.

Jalen Suggs is another shooting guard to watch. He is 6’4”, 206 lbs. and currently plays for Gonzaga. Suggs is a powerful athlete with a compact, strong frame. He uses both sides of the floor as a posed pick-and-roll passer and is a tough defender.

Jalen Johnson is a 6’9”, 220 lb. small forward currently playing for Duke. He’s a physical player with a strong lower body. Johnson can shift anywhere on the court is a versatile defender with sharp instincts. He’s also a crafty passer and fluid ball handler that is known for his aggressive rebounds.

Now that the 2020 NBA draft is in the books and the season is well underway, teams and fans can only hope that the next draft and season will bring a sense of normalcy to a sport that is such an important part of our lives.