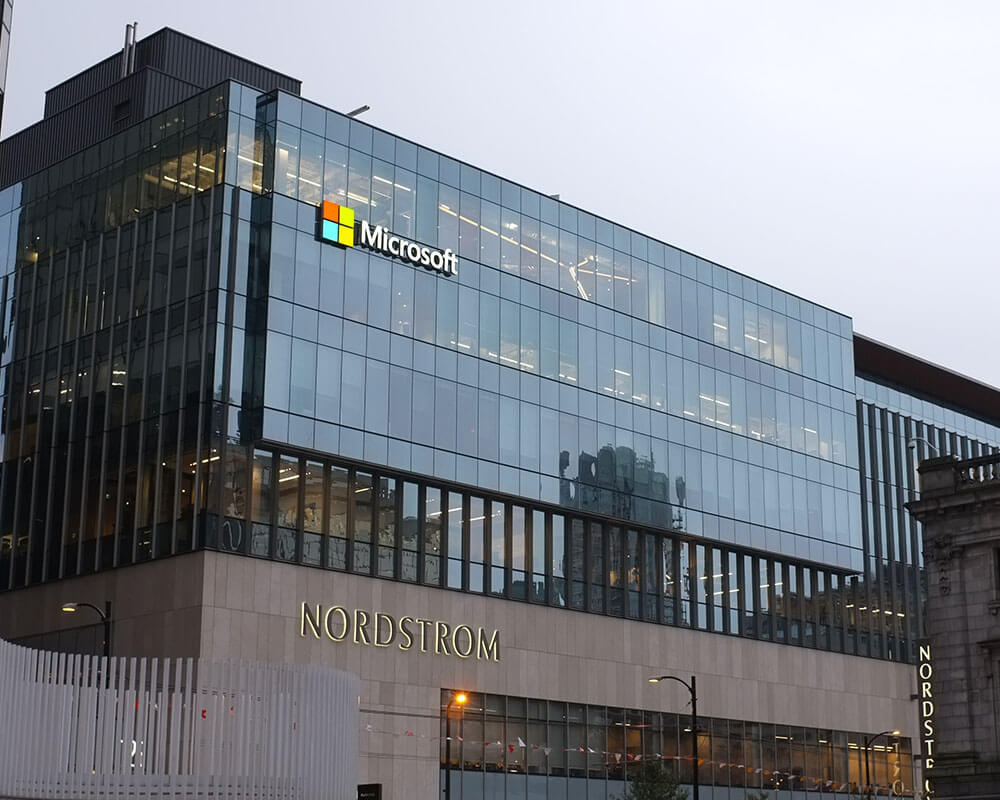 It isn’t really unusual for game console makers to release new consoles with a couple different options. In this case Microsoft has released two brand new consoles from the first day of launching, and that is very unusual indeed. Make no mistake – Microsoft’s next-gen Xbox is catching on FIRE!

There is a huge difference between these two consoles, with Xbox Series X being the more powerful and expensive version by far. New games released will be backward compatible with previous versions of Xbox, at least for the initial wave of games being released.

Microsoft is also making its game-streaming service available, and xCloud will allow you to play games without having any Xbox hardware at all. All games played on the new consoles will look better, since the consoles will be equipped with more powerful graphics hardware.

More realistic lighting technology will make them seem more natural as well. In some cases, games will even seem more responsive, due to the greater support for frame rates which can go up to 120fps.

About the Xbox Series X

Another big difference between the two consoles is that the Series X is equipped with a 4K Ultra HD Blu-Ray drive, while the Series S is only digital. This means that you will have to download games for the Series S rather than buying them on discs.

Both consoles load games very quickly. Games that might have taken a minute or more in the past now load in mere seconds.

You will also notice a big difference in the respective footprints of the two consoles, as Microsoft announced that the Series S is its smallest gaming console ever.

About the Xbox Series S Console

Physically, the Series X machine looks like a rectangular tower that has a remarkably similar appearance to a compact PC. It looks much better standing vertically than it does horizontally.

It has two USB ports in the rear, next to an ethernet port, and there is also a storage expansion slot, along with an HDMI 2.1 output. In the front of the box, you’ll find a single USB port along with the 4K Blu-ray drive.

When running, the Series X is extremely quiet, which is a departure from past gaming consoles that routinely generated a significant level of noise while in operation. The machine runs about as cool as possible to make a gaming console run, and it has an exhaust fan at the top which helps to prevent heat buildup. You will probably never find that your series X console gets too hot to touch.

New hardware included with the Series X are the controller and the storage expansion cards. This new and improved controller is somewhat similar to the Xbox One version, although it has an updated D-pad and includes textured grips. It also has a brand-new share button and is equipped with a USB-C port. The share button allows you to easily share screenshots or game clips with friends.

Load times for games are amazingly good on the Series X, compared to what you might find on any other gaming console these days. This is due in large part to a vastly improved CPU, which works in conjunction with the SSD to achieve the tremendously fast load times.

In some instances, you will notice improved loading times which shave minutes off what you have experienced in the past. You may have improvements of only a few seconds in other instances. In all cases, you will be waiting much less for games to load, so you can get more enjoyment out of your playing time.

The hardware has undergone a significant upgrade, and your overall gaming experience will be improved in a major way. But the Xbox Series X dashboard is basically the same as its predecessor.

A new feature added to the Xbox Series X dashboard is called Quick Resume, and this feature allows you to switch between games in less than 10 seconds. You will probably notice that the timing varies depending on the games involved, but you will also be able to switch easily back and forth between multiple games, perhaps even as many as five or six.

Most of the effort Microsoft has put into this new gaming console focuses on the things that matter most to gamers, i.e. a quiet and cool console, faster load times, higher frame rates, backward compatibility, and tremendous accessory support. The Series X delivers PC-like quality without having to worry about any of the specific PC drawbacks such as drivers, game launchers, or Windows updates.

More About the Xbox Series S

Because it shares many of the same internal components that the more powerful Series X console has, the Series S will still deliver improvements on load speed games which run more smoothly. This console is geared toward the user who either cannot afford the bigger Series X console, or who doesn’t care about 4K resolution.

Currently, the Xbox Series S is a small game console which has enormous potential. It also comes with a few unanswered questions that can only be revealed in the future. It is not very impressive physically, being less than 11 inches tall, less than 6 inches deep, and 2.5 inches wide when standing.

This diminutive size will allow it to be placed almost anywhere without intruding on other objects or furniture. It will fit easily on your TV stand, and unlike the counterpart Series X, it will not take over a room and dominate the landscape.

It has two USB ports in the rear, along with an ethernet port, a storage expansion slot, and an HDMI 2.1 output. In the front, you will find a single USB port, but not a disk drive, which means you won’t be able to run any of the Xbox game disks you may already have purchased.

The console comes with an updated white controller, which is similar to the Xbox One controller. However, this one includes textured grips, a share button, a USB-C port, and an updated D-pad.

The share button allows you to share screenshots or slips with your friends, just like the share button on the Series X controller. There are a couple huge benefits that the Series S has over current Xbox One gaming.

One is the new Quick Resume feature, and the other is enhanced SSD storage which boosts load times and increases performance. Using the Xbox Series S console, you will immediately notice the benefits of faster frame rates, increased loading times, and smoother gameplay on most of your titles.

Just like the Series X, it will feel like you have upgraded your PC and you’re enjoying a much smoother gaming experience. Even though Microsoft claims the Series S can deliver 1440p at 60fps, for most games, you will probably find that you can only achieve 1080p at 60fps.

This is why there are some unanswered questions about the Series S console, which hopefully will be resolved in coming updates.